I need to blog this. Not because I am proud of what I did but because this story has to be out there so people get educated. I hope those fat bitches will read this. But I doubt it.

I just wanna vent. I just want to get this off my chest.

Yesterday morning my neighbor and close friend Arleen Sutton, Kat Garcia, and I had a meeting at 11:00 am on the 7th floor (our amenities floor. Our lounge area where you can entertain your guests if you don’t want them to go to your unit). After our meeting, we went up the 30th floor to check out a 2 bedroom unit that Kat owns.

Kat had to leave at 1:00 pm cos she was running late for another appointment.

We then went to the elevator (we have 3 elevators) and waited. Suddenly the middle elevator opened. There were 2 women inside. Both foreigners. Both tall and big. We really couldn’t figure out what nationality they were. Parang Bombay na mix, or Arab na mix. Basta mix sila. They were not the type na when you see them… ah, Bombay ‘to or… ah, taga Saudi ‘to. No. They look mix.

When we entered the elevator Kat and Arleen where on the left side (facing the elevator) and that’s where they access the floors they were going. While I was on the right side.

I tried to put my phone (my access card is inside my phone case) on the slot where you put your access card before you press your floor. One of the women was standing facing very close to the wall where the panel of the buttons for the floors. I wouldn’t have a hard time pressing the button of my floor if she didn’t stand close or if she moves back cos there was a big space behind her.

We need to put our access cards on a slot before pressing the floor you want to go. And I needed to press it asap cos we were just on the 30th floor and I might miss my floor.

That woman did not move. She saw me fumbling trying to press my phone on the access card slot. She saw me I couldn’t put it well cos it didn’t beep. She saw me.

But she didn’t budge.

So I told her (nicely), “can you move a little?” She did not move. Nothing. She was very tall (I am tall too for an average Filipina) she was looking down at me not moving. And she saw I still wasn’t able to access my floor.

You’ll never believe what she told me. She said, “you’re blocking my way!”

And she insisted, “you are blocking my way!” (tanga ang p*ta)

“I am not blocking your way!!!” Sumigaw na ako teh.

“You are the one acting like you own the building!” Why can’t you just move? Just one step back.”

At this point gusto ko na mag ala Greta and say her famous line, get out of my elevator!

Her friend who she was with her told Arleen can you tell your friend to stop screaming. And Arleen barked at her and said, “can you chill!”

When I looked up to check what floor we were already I saw we already passed my floor.

F*ck! I miss my f*cking floor, you fat bitches! I did not say that but I wish I did!

I did not have a choice but to go down with Arleen. Kat went down on the 4th floor and it was just Arleen and I left with them. When we reach the ground floor Arleen said let’s go. I told her I am going up to my floor.

The fat bitches were still there cos they were going to B1 (basement 1) probably to their parking slot. Sa loob loob ko p*ta sasamahan ko ‘tong dalawa kung saan to baba. Arleen got scared so she accompanied me and did not go down on the lobby (ground floor).

We were so silent. Eerie silence.

I dunno who they were, where they’re from. They had a Bombayish/Arab thick accent. But the way they were acting para silang may ari ng mundo.

It was already past 1:00 pm and I too was hungry. I told her, “I thought you were going to your shop?”

We ended up pigging out in Mendokoro! lol!

Arleen told me, “tin what if Claudia was with us?” I said, ah, wala patay ako kay Claudia!” I know already what she will say. She will tell me, “mom, can you not? I’ll never go with you again!”

But when I told Claudia about what happened she said, “what’s wrong with those people? If I was there I would fight them, too!”

And this is why Vinny told me this: 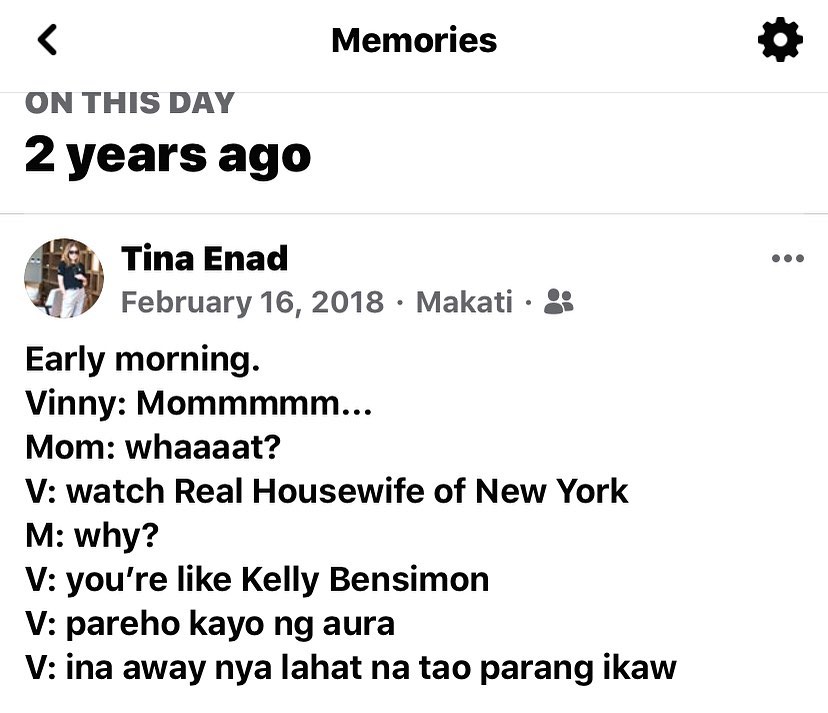 I have never ever started a fight in my life. I am not the type who starts a fight. I want a peaceful life. BUT, I don’t run away if someone crosses the line. This incident is very clear she crossed the line. I will not just keep quiet.

Not in my own country.

Okay, the 3 things you have to remember when riding an elevator (you don’t have to be a rocket scientist to figure this out. Common courtesy lang kailangan).

be aware of what's really worth your energy

Life is simple. Don’t complicate it